Video Marketing for Business: 6 Best Types of Animation to Market Your Brand 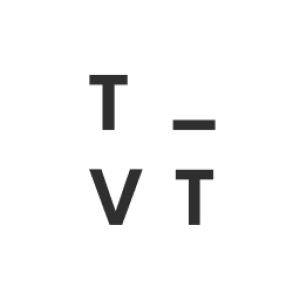 So you’ve heard lots of good things about how animation’s great for marketing, and you’re all set to commit dollars
towards video marketing for your business.

But did you know that there are several animation styles out there? From rotoscope animation to whiteboard
animation, different animation styles play out differently and require varying amounts of expense and effort. So
which should you go for?

That’s what this article is all about, where we’ve shortlisted for you the best types of animation you can consider.

Whiteboard animation is a type of animation where static images and content are physically drawn onto a
whiteboard or a similar surface. This is usually accompanied by narration, which walks the viewer through the ideas being communicated via the drawings.

Whiteboard animation creates a whole new viewing experience, unlike typical animation styles,  as you get to see
everything unfold before you as the images are drawn.

The drawings are usually minimalist and in black and white, sometimes with a little colour. All in all, whiteboard
animation allows you to share your message in a way that’s not just engaging and compelling, but also crisp and
uncluttered.

Whiteboard animation also tends to be more budget-friendly compared to other kinds of animation.

Here’s a whiteboard animation video we can’t quite take our eyes off.

In a nutshell, motion graphics animation is graphic design that moves, sometimes with texts involved.

While most animated videos feature characters in particular settings, moving shapes and text are used to articulate
the message instead. Motion graphics videos work great for conveying information that’s intangible — for example,
an explainer video on 5G connectivity.

Voiceovers aren’t always necessary for this type of animation, as it’s sometimes possible to rely only on text and
moving icons to communicate the desired message. That said, the right music and copy can go a long way in
elevating the experience and making everything easier to digest.

Also, motion graphics tend to be cheaper and easier to create, and is something we’re pretty good at!

Google has put out a motion graphic video about its cloud IoT solutions. It’s a great example of how motion graphics
can help communicate intangible concepts and bring them to life.

Existing since the late 1800s, 2D animation is a type of animation where 2D characters and objects are animated in
a 2D environment.

Considered the “traditional” style of animation, 2D animation was once created by combining frames — where a
drawing was followed up with another that was slightly different from it. With each second consisting of 24 frames,
you can imagine all the crazy, hard work that went into it. We’re sweating just thinking about it.

Thanks to modern computer technology, 2D animation can be accomplished through animation software.
Characters and backgrounds are first drawn on the computer, before proceeding to be animated.

Check out this vibrant yet touching 2D animation video put out by Bonjour — a baking company, and Min stora dag
— an organisation helping to make the wishes of sick children come true.

In 2.5D animation, 2D objects are designed to appear 3D by using shadows and lighting to mimic the look and feel
of a 3D environment. Simply imagine 2D cut-outs moving about in a 3D space.

Furthermore, through shading, shadows and other techniques, “volume” can be added to 2D objects to make them
look 3D. This creative hybrid of 2D and 3D visuals results in a unique texture and feel you won’t get with 2D or 3D
animation.

Got a tight budget? A key benefit of 2.5D animation is that you get to achieve a 3D effect (or at least something very
close) without the time and costs associated with 3D animation. This makes it a more affordable option if you want
impactful video marketing for your business.

Take a look at this animated short “Underneath”, which has 2D characters animated in a variety of 3D environments.

With 3D animation, everything is three-dimensional. A perfect example of this would be most Pixar movies you
might have seen — from Toy Story to Up.

3D animation creates a highly dynamic environment, allowing for realistic and immersive settings, characters,
objects and textures. At the same time, lighting is used to add even more life and realism to visuals.

While 3D animation has a very professional and high-quality finish, a 3D animated video can be costly as lots of time
and effort go into making one.

While you probably already have an idea of what 3D animation looks like, the video below is a good example
anyway.

Sometimes known as kinetic typography, typography animation is a form of animation that uses moving text to tell a
story.

With its minimalist approach, typography animation helps ignite curiosity, spur engagement and is a powerful way to
communicate your message.

Some typography animation videos are able to run without a voiceover element, with the text doing all the talking.
When done well, you not only get to share an idea, but also entertain and infuse your message with the desired
emotion and tone.

See how Nike creates a sense of flair and anticipation, purely with white animated text, a dark background and a
lone voice.

And that wraps it up for our list of recommended animation forms your business should go for. If you’re thinking
about leveraging video marketing for your business through animation, feel free to check out what we can do, or
simply drop us a message here!